in develpment: Doggy in the Window 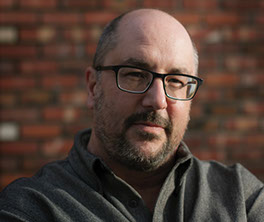 Chris Martin is a San Francisco-based producer with over ten years experience in film, television, and commercials. His most recent feature, Test, was nominated for the 2015 Independent Spirit Awards, John Cassavettes Award. As producer, Chris has twice been a finalist for the Sundance Producer’s Lab in 2013 and 2104.

He currently has two films in development: Doggy in the Window and Pushing Dead

Other film and television production credits include Peter and Benjamin Bratt's La Mission, Knife Fight, Beyond Redemption, The Darwin Awards, The Heartbreak Kid, Mistress of Spices, You Kill Me, Unflinching Triumph, Valley of the Heart's Delight, One Way to Valhalla, Bonds on Bonds, Big Ideas for a Small Planet, I (Almost) Got Away With It, and others.

A former freelance journalist (SF Chronicle, Philadelphia Inquirer) he covered homelessness and the environmental and economic collapse of the Aral Sea, winning awards for coverage of state and local politics in central New Jersey. He has a degree in Dramatic Writing from NYU.